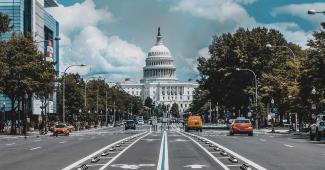 Just when you were starting to get comfortable with your annual chore of tax filing, things changed. The 2018 tax reform bill hit the scene. Over the past year, you’ve heard about updates ranging from tax rates to deductions . . . and your head is spinning.

Not that you’ve ever loved tax season (who does?), but now you’re really dreading it.

Don’t worry—we’ve got your update! We want you to feel confident doing your taxes. And here’s the good news: Even though the tax reform bill brought some big changes, it made a lot of things simpler.

Stick with us, and we’ll break down the details so you understand what’s changed and how those changes impact you now that it’s 2019!

The Tax Reform Bill Impacts Your Taxes This Year

That’s right. Even though the tax reform bill—formally known as the “Tax Cuts and Jobs Act”—was introduced a full year ago, it didn’t apply to the taxes you filed last year.

But when you file in April, you’ll feel the difference. You probably even noticed less money being withheld from your paychecks this year as a result of the changes.

What Does Dave Have to Say About the New Tax Reform Bill?

Now that tax season is officially here, it’s time to figure out what all those new tax updates mean for you.

You could be saving even more money! Connect with a local pro to learn how.

First, one of the most talked about changes in the 2018 tax reform bill was the update to income tax brackets and marginal tax rates.

So what are marginal tax rates? Those are the percentages of your income that you pay in taxes. What this means for you: Your income is not taxed at one rate but at several different rates, depending on how much you make.

How do you know your tax rates? Enter tax brackets. Tax brackets are income ranges. It’s that simple.

Here’s the thing about income brackets and tax rates: It’s fairly common for tax brackets to change to account for inflation each year. But the marginal tax rates only change when a new tax law is passed—which doesn’t happen often. That’s why people were especially interested in this part of the tax reform bill.

Is this good or bad news for you? This year, it’s good news! Lower marginal tax rates means you can pocket more money from your paycheck!

How do all these numbers stack up to the changes this year? Let’s compare.

So what do all those numbers mean for you? Let’s look at a practical example of how these changes play out.

Plus, getting hitched just got easier! Not only will you have a lower tax rate this year, the shift in tax brackets also removes what used to be an unintentional tax penalty for married filers. Under the 2017 tax law, some married filers were pushed into a higher income bracket when they combined their income with their spouse’s. Now the new income brackets are simply doubled for joint filers, which means that unintentional marriage penalty is gone.

Not only will you have a lower tax rate this year, the shift in tax brackets also removes what used to be an unintentional tax penalty for married filers.

Difference in the Standard Deduction

What else has changed? Another important difference in the 2018 tax reform bill is that the standard deduction has almost doubled. That’s great news!

Here’s a quick look at a comparison of the standard deduction last year to this year:

Chart: Changes to the Standard Deduction(3)

At first glance, the increase in the standard deduction makes itemizing look even less worthwhile. But there’s another piece to the puzzle.

The 2018 tax reform bill got rid of the personal exemption. That’s the amount a taxpayer used to be able to deduct from their taxable income for themselves and any dependents claimed on their tax return. Here’s how those two changes play out:

Essentially, the tax reform bill simplified this portion of the income tax process. In many cases, the increase in the standard deduction will make up for the elimination of personal exemptions, leaving most Americans with quite a bit more money in their pockets.

In many cases, the increase in the standard deduction will make up for the elimination of personal exemptions, leaving most Americans with quite a bit more money in their pockets.

More Changes for Taxpayers With Kids

If you have children, you may have a 529 college savings plan in place. Money you put in the account grows tax-free, but up to now, it could only be used for qualifying college expenses. The new tax reform bill changes that.

While it may seem like a benefit to use a 529 plan prior to college, you should work with a qualified investing professional to make sure—especially if you want to use the 529 plan sooner than you originally intended. Withdrawing too much money before Junior goes to college can cancel out the power of compound growth.

What about mortgage deductions? Here’s what everyone’s talking about.

In 2017, if you itemized your deductions, the IRS allowed you to deduct the interest you paid on your primary residence and/or second home, as long as your original mortgage principal wasn’t more than $1 million.

In 2018, the maximum mortgage principal in the tax reform bill was lowered to $750,000. But before you worry, know that taxpayers with existing mortgages in between $1 million and $750,000 will be grandfathered into the old deduction.(8)

The maximum mortgage principal in the tax reform bill was lowered to $750,000, but taxpayers with existing mortgages in between $1 million and $750,000 will be grandfathered in.

Before this year, you were also allowed to deduct interest paid on home equity debt, up to $100,000. The tax reform bill removed that deduction starting this year.(9) So, yep—getting a HELOC just got a whole lot dumber!

Difference in the SALT Deduction

The SALT deduction is another deduction that was debated before the tax reform bill was voted in. No, we’re not talking about table salt. SALT stands for “state and local taxes,” and this deduction addresses whether or not you can deduct state income taxes and/or sales taxes if you decide to itemize your deductions.

In the past, there was no limit on the deduction of state and local taxes, which was an advantage to those living in states with high taxes like California and New York. The new tax reform bill keeps the SALT deduction but limits the total deductible amount to $10,000, including income, sales and property taxes.(10)

The new tax reform bill keeps the SALT (state and local taxes) deduction but limits the total deductible amount to $10,000, including income, sales and property taxes.

That means that you may not be able to deduct all of your state and local taxes if you live in a state with high taxes. But if these taxes were under $10,000 for you already, you won’t even notice this change.

What’s the estate tax? Basically the estate tax is a tax you pay on inherited money and property. Simple enough, right? Currently, there is a 40% tax rate on any inherited property valued over $5.49 million. In the new tax reform bill, you can inherit a total of $11.2 million in your lifetime before the estate is hit with the 40% tax.(11)

What About Charitable Donations?

Good news for those who like to give like no one else! In 2017, you could deduct up to half of your income in qualified charitable donations if you itemized your deductions. The new tax reform bill has increased that limit to 60% of your income.(12)

What About Medical Expenses?

What About Health Care?

The tax reform bill doesn’t repeal the The Affordable Care Act, otherwise known as Obamacare, but it does get rid of the penalty you owe if you don’t get health insurance. Keep in mind that this change doesn’t actually take effect until next year. So that means the penalty (which is $695 this year) still applies when you file your 2018 taxes.(14)

While getting rid of penalties is good news, don’t use that as an excuse not to get health insurance. We know. Insurance is expensive, but not having it can cost you way more!

Other Deductions That Are Disappearing

There are a few other deductions that didn’t make it past the chopping block in the new tax reform bill, like:

And if you’re used to being able to write off miscellaneous work expenses, like travel or meals with clients, those tax breaks disappeared as part of the tax reform bill. That may seem like bad news, but there are plenty of other ways to save money on your small-business taxes.

If you have a small business or a side hustle, a tax pro can help you take advantage of all the deductions you qualify for.

So we’ve covered all the big changes that affect your taxes this year, but what about 2019 taxes that you’ll file in April 2020?

Here are some things you should be aware of:

Get Your Taxes Done Right

While the tax reform bill simplified some parts of the tax code, it’s all still pretty complicated. Can we get an amen?

Some of the tax changes this year—like the increased standard deduction—may make it easier for you to file on your own with a simple tax software. Or you may feel so stressed that you know you’re going to lose sleep if you try to do it on your own.

Here’s the thing: No matter how you file, you should feel confident about your taxes!

To help you figure out whether or not you should use a pro this year, take our easy tax quiz.

If you have a complicated tax situation or you own a small business, working with a pro is likely the smartest move. In those scenarios, a missed deduction on your part could cost you a lot more than working with a pro.

And if you’re looking for a trustworthy tax expert in your area, we can help. We’ve vetted some of the best tax pros in the country and can recommend the best one near you. They have years of experience, and believe it or not, they love this stuff. They can talk taxes all day long and have a thorough understanding of the tax changes this year and how they affect you.

Book a Meeting
How Secure is Your Retirement?
Order Your Free Report